THREE NEW TEAMS ARE READY FOR MITSUBISHI ELECTRIC WORLD CLASSIC TOUR! AND YOU? 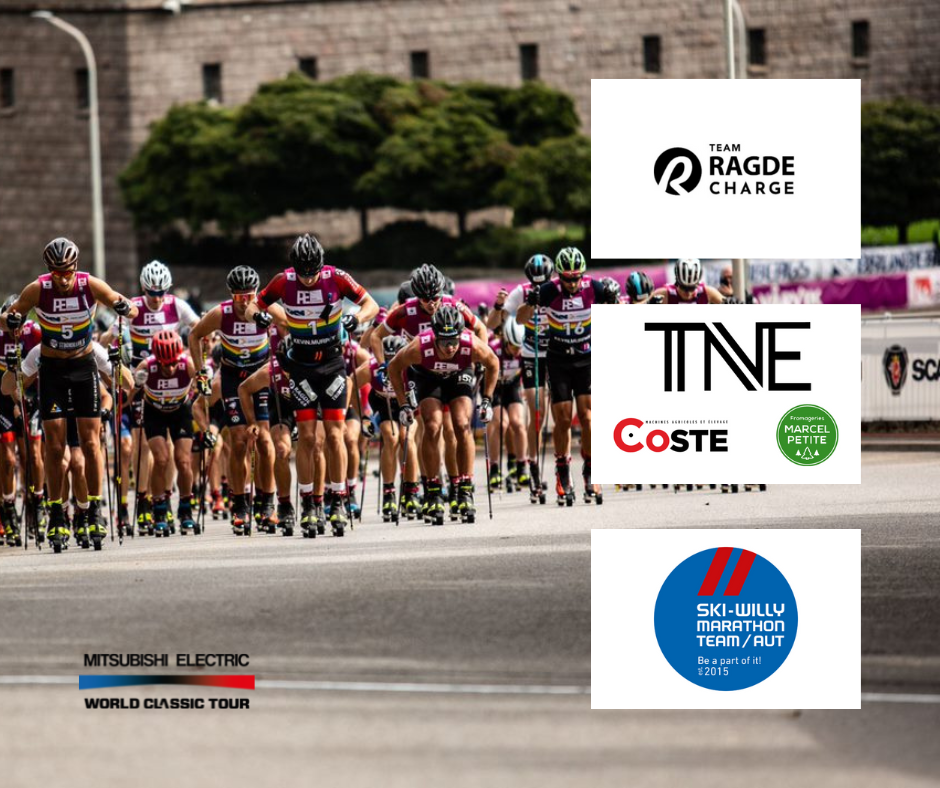 Team Ragde Charge is a monument in long distance skiing and was funded in 2007 by the Aukland brother, two legends of the discipline.

With many renowned athletes in its ranks, the team based in Norway will be of the leaders for the Team competition.

On the women side, their new recruit Jenny Larsson, who is competing for the Youth bib, will be one of the favorites.

This is the objective of TNE – Coste & Fromageries Marcel Petite as Pierre Tichit, president of the team says:

“The TNE Coste – Fromageries Marcel Petite will be present on Mitsubishi Electric World Classic Tour events to compete with the world’s best and do a maximum of high-level race kilometers to be optimally prepared for winter. We will be keen to defend our colors this summer!”

The French team is full of young talents that can create the surprise, and they will be at the front in the Youth competition.

The Swedish Hedda Baangmann, newcomer in the team, will be a great asset to bring the team even higher.

Let’s now present Ski-Willy Marathon Team Austria. The Austrian team will do its best to proudly defend its colours this summer.

Mika Vermeulen, who already registered for Totenrullen, have a great potential and finished 5th in Lygna U23 World Ski Championship on the 15 km classic. It will be interesting to see what he can do on longer distances this summer!

The team also has a big fan base and is good at gathering people, as they won the Team competition on Virtual World Classic Tour in 2020.

To discover more about the teams, go to our page TEAMS